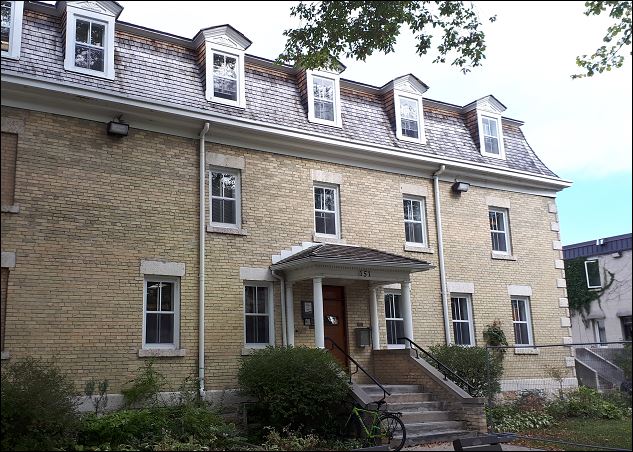 The Archdiocesan Centre (formerly known as the Archbishop’s Residence).

The first section (stone construction) was built by Archbishop Alexandre Taché in 1864. The second section (brick construction) was built by Archbishop Langevin in 1899. Since then, the entire building has undergone some exterior face lifting, while the interior has seen a complete renovation. The most recent changes consist of the relocation of the Pastoral Services offices in the Fall of 2017.

For a brief history of this historic building, click here.

On the first floor, you will find Taché and Provencher Halls, as well as the reception desk, the Administration offices for the Archdiocese, and the Resource Centre.

Located on the second floor are the Archbishop’s office and personal living quarters, the Executive Assistant and Chancellor’s offices. The office of the Regional Animator of Development and Peace is also located on this floor.

On the third floor, you will find the Archdiocesan Pastoral Services offices, such as Youth and Young Adult Ministry, Communications, Catechetics, Nathanael, and Marriage, Family and Life. The Archdiocesan Marriage Tribunal Office is also on this floor, as well as a few guest rooms.

In the basement, as well as direct access to the street, you will find the Archbishop’s Chapel, and the adjoining Baudoux Hall.

The ancient log convent originally attached to the Archbishop’s Residence, where the Holy Family Sisters used to reside (the Sisters served both the staff of the Archbishop’s Residence and the Major Seminary), was eventually demolished to make room for a new convent where a community of African Sisters, the Handmaids of the Holy Child Jesus, who arrived in 2005 presently resides.

Also attached to the Archbishop’s Residence, the Major Seminary opened its doors in 1949 and welcomed candidates to the priesthood for the five western dioceses, who were then grouped under the French Sector of the Canadian Catholic Church.

Ever since the Major Seminary closed its doors, its first wing was converted into a residence for retired priests. It is called the St. Antoine Residence. There is a small chapel on the 2nd floor where the retired priests concelebrate Holy Mass daily. The kitchen, the dining hall and the laundry room are located in the basement.

The 2nd wing of the seminary (built in 1954, called St. Pius X Wing) has since been demolished and the space it occupied has been turned into a courtyard garden area.

The 3rd brick wing of the seminary, built in 1956, housed the Pastoral Services offices for many years. In the Fall of 2017, the Pastoral Services relocated to the main building. Currently, this building (622 Taché Ave.) is rented to l’Accueil Francophone (3rd Floor), CRÉ (2nd Floor) and the offices of Lavack and Associates (1st Floor). 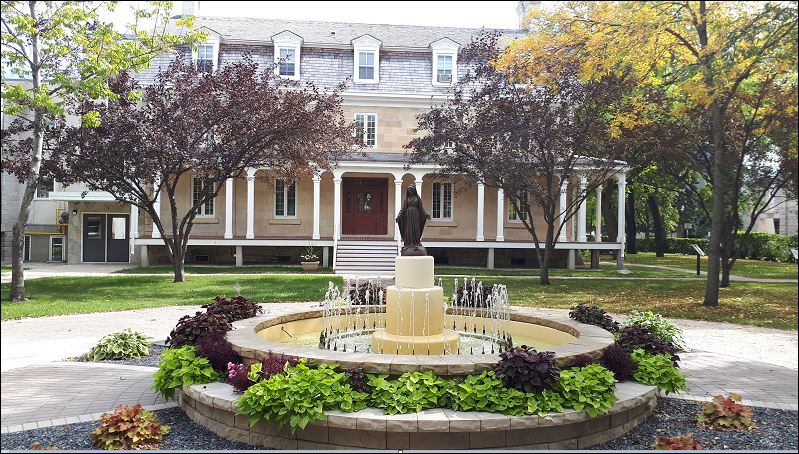