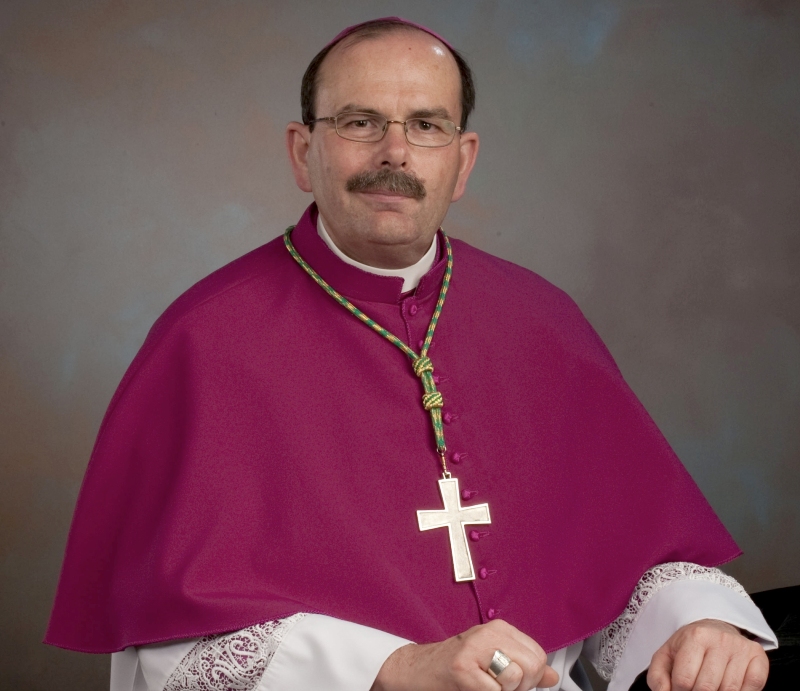 He studied at Le Collège de St. Boniface (University of Manitoba) obtaining a Bachelor of Arts (with majors in Philosophy and French) in 1974.

For the next three years he served as a CUSO (Canadian University Services Overseas) volunteer in Ghana, Africa, teaching French in a secondary school.

He entered Le Grand Séminaire de Québec in 1977 pursuing studies in theology at l’Université Laval. He was ordained to the priesthood on June 19, 1983 by Bishop Blaise Morand in St. Brieux, SK. He served as assistant pastor, then pastor in a number of parishes in Prince Albert (1983-2000).

He pursued his studies in Pastoral Liturgy at Notre Dame University, Southbend, Indiana, USA (2000-2001). He was involved in the Diocese of Prince Albert as coordinator of the Diocesan Liturgical Commission, Director of Vocations and Consultor.

On July 3, 2009 he was appointed Archbishop of the Archdiocese of St. Boniface, Manitoba.