A Return to the Spirit of Who We Are

“Our message is that God was making all mankind his friends through Christ. God did not keep an account of their sins, and he has given us the message which tells how he makes them his friends.”  2 Cor. 5:19

Returning to Spirit (RTS) is a non-profit organization, created by an Aboriginal man and a Sister who wanted to reconcile the first Nations and the Church faced with the heritage of residential schools. To achieve this, the process is lived in two steps: the ‘return to the Spirit’ and the reconciliation.

In February 2012, the reconciliACTION group from Université de Saint-Boniface, lead by Sr. Norma McDonald, hosted the first step of Returning to Spirit. The five-day workshop transformed our lives! It was a spiritual deepening: a return to the spirit of who we are. We also learned, through a healthy process of communication, to reconcile with others. The ultimate goal was to live a reconciliation process with residents of residential schools and their descendants who suffered the repercussions.

On February 18 to 22, 2013, the reconciliACTION group of Saint Boniface Archdiocese, with laity, a deacon, four priests and Archbishop James Weisgerber of the Winnipeg Archdiocese, as well as members of Hollow Water First Nations, participated in a reconciliation workshop held at St-Paul’s College, University of Manitoba.

This second step of the process of RTS helped us to enter in a profound reconciliation with others. This journey was such an unforgettable experience that it must be shared with all!

Both workshops were possible with the support of The Winnipeg Foundation.

To participate in the reconciliation process offered by Returning to Spirit, visit www.returningtospirit.org. To learn more about reconciliACTION contact Sr. Norma McDonald at nmcdonald@ustboniface.ca. 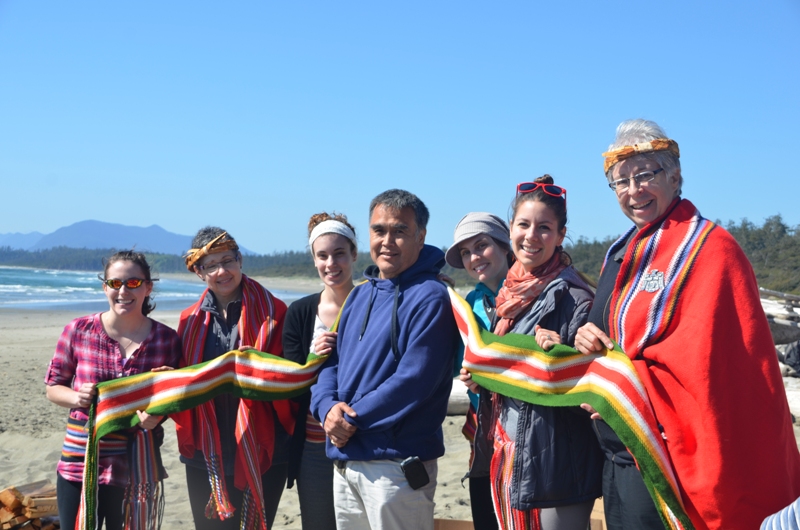 Since September 2011, “Projet réconciliACTION” has gathered students and staff of Université de Saint-Boniface to increase their awareness about the socio-cultural and political issues, past and present, resulting from the Indian Act, particularly the repercussions of the Residential School System. The goal of this project is to forge relationships between Aboriginals and non-Aboriginals so as to promote healing and reconciliation.

For the past 2 years, the réconciliACTION group has attended many workshops, presentations and events. It developed long-lasting ties with Hollow Water First Nation in Manitoba. It also participated in Returning to Spirit, a non-profit organization whose mission is to transform the negative legacy of Residential Schools. The group attended both the 5-day Workshop and the Reconciliation Workshop.

“By the end of the Reconciliation Workshop, we were no longer Aboriginals and non-Aboriginals, we were people,” stated Myriam Dupuis. “Each one of us was unique, alive, loveable and beautiful. We were transformed.”

The project culminated with a solidarity trip to British Columbia. From May 7 to 23, a group of six women, led by project coordinator Sister Norma McDonald, c.s.c., went to meet and reconcile with members of First Nations communities, primarily on Vancouver Island.

With the Tla-o-qui-aht community, a day of ceremony was organised to honour Residential School survivors and their families. The réconciliACTION delegation met with survivors as well as second and third generation survivors. Unbeknownst to many attending this event, children attending residential schools were stripped of their name and given a number. Participants were asked to wear their own number or the number of a relative.

“The most powerful moment for me was for us, non-First Nation, to take off their numbers”, said Sr. Norma. This journey has transformed the lives of each member of the  “Projet réconciliACTION” to be agents of change in the world. “I know that I can have a positive impact on people’s lives and that “Projet réconciliACTION” is the instrument through which I can make my country a better place,” affirmed Myriam Dupuis.

“Projet réconciliACTION” has not ended. Mentored by those who have already accomplished this journey, a new group of students and staff will be encouraged to join the movement to create healing and reconciliation between Aboriginal and non-Aboriginal Peoples.

For more information about this project, contact Sr. Norma McDonald, c.s.c., at nmcdonald@ustboniface.ca.

To read this article which appeared in the Prairie Messenger, click here.

Click here to read about the RéconciliACTION Funding Project.